We'll bring you on an adventure where the ocean's voice is always present. On eastern Gotland there are many stories from ancient times & the ocean has taken many lives. Running here during the winter you'll feel how the darkness, loneliness & history will catch you while fighting against the forces of nature. Are you a true rebel like the goth Thore from Hajdeby & his ancestors who have guarded the coast for as long as anyone can remember?

Ljugarn is Gotland's oldest seaside resort. Ever since the end of the 19th century, people have come to Ljugarn to enjoy the summer and swim. Over time, the range of food and accommodation has developed from the old bathing guest houses to today's large selection of summer time of bars, restaurants & various accommodation.

The name Ljugarn, which probably means the light cape, has been known since the 17th century when a lime kiln & harbor was built. The port was in commercial use until the 1970s, although the traffic was at its busiest until the end of the 19th century when lime, limestone, tar, wood products and grain were shipped out. To guard the coast and combat smuggling, Strandridaregården was established, where the beach riders, the customs officers of the time, were stationed until the middle of the 19th century. 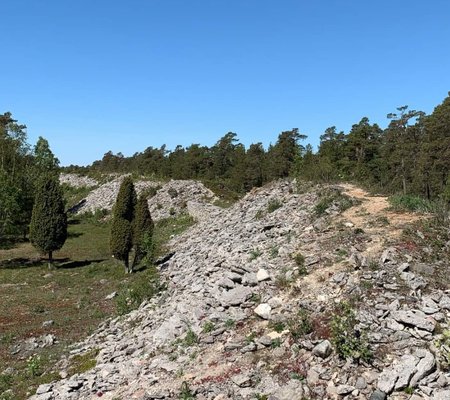 Is a mythical ancient castle. According to gutasägen, it was built by the third of Gotland's population who were expelled from the island & who refused to leave Gotland. One of the expelled was a great fighter - Thore från Hajdeby.

He refused to give up his land & took with him the expelled part of the population & built in the 400s Torsburgen which is the largest ancient castle on Gotland. Keep an eye on caves and passages because here you do not want to run wrong. Thore was a fighter & leader who led & fled with his people via Grogarnsberget out to Östergarnsholme before they fled further east & according to legend they are the ancestors of the Goths.

The small resort with world-class food.

Here is the restaurant meadow Krakas which is ranked as one of Sweden's best restaurants. (NOTE! Book a table in time, but you will not be disappointed)

In the old rectory you come to the start of the East Coast Trail. Around Anga, there are plenty of old burial grounds & memorials. From here you fold down to the coast & run through varied nature & 2 different nature reserves.

Katthammarsvik has a long history as a fishing port, but gained its great importance as a shipping port for lime from the middle of the 17th century. The town is built around two lime cartridge farms, Katthamra & Borgvik, from the 17th century. Lime mining culminated in the mid-19th century & ceased in 1921.

as a morning present for his wife & it is the first house you see on the left side when you now approach Katthammarsvik.

Today you can buy fish at the popular Katthammars Rökeri or locally produced chocolate. 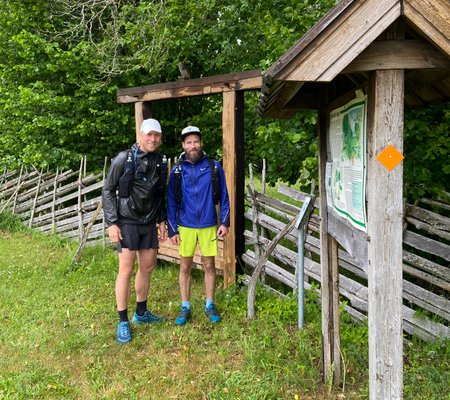 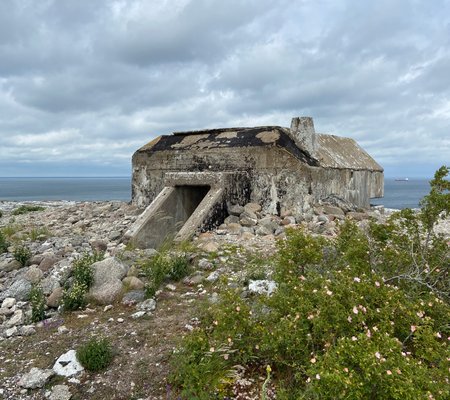 Io the north, where Grogarnsberget juts out into the sea & forms the headland Grogarnshuvud, are the remains of Gotland's second largest fornborg (the largest, Torsburgen, you have already run through).

Here we fold up through the cave & run up the cliff (deviates from the East Coast Trail) to pass the old shooting range from the Cold War. Here you get a lot of sea & a powerful feeling to look out over Östergarn's islet where Thore from Hajdeby fled.

The old fishing port. Throughout the ages, it is fishing that has characterized the area. Herrvik was a natural protection against the sea & here the Russians have come many times to plunder eastern Gotland. It is not difficult to understand that the "Russian terror" has left its mark on eastern Gotland.

M / S Albatross was a German mink cruiser that participated in a battle with Russian cruisers off eastern Gotland on July 2, 1915 where the ship was seriously damaged & forced to run aground on neutral Swedish water. The shelling continued even after the ship entered Swedish water & grenades passed over Östergarnsholm.

The crew was immediately interned & wounded were taken care of by the military commander on Gotland. Local fishermen hurried ashore & local youths were allowed to cycle up to the church & dig a mass grave for those who died in the battle. A total of 27 German sailors died.

During the Russian invasion in 1808, the Swedish army came to the rescue. They anchored in Sandviken & went ashore to chase away the Russians. Luckily, the Russians were worn out after a hard time on the lake, so it was easy for the Swedish army to meet the Russians. However, a Swedish soldier died when he fell from a mast on one of the ships. He is buried right up here on the hill in Sysne.

Fire in the stone lighthouse - could it be Thore from Hajdeby who set the fire? Is he on my way to remove the enemy?

Here the darkness, loneliness & history will catch up with you. Now it's you who have to fight against the sea & your own demons. 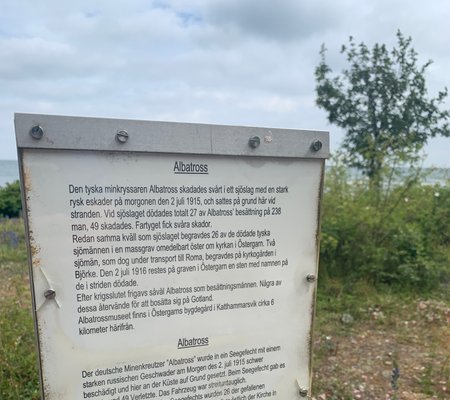 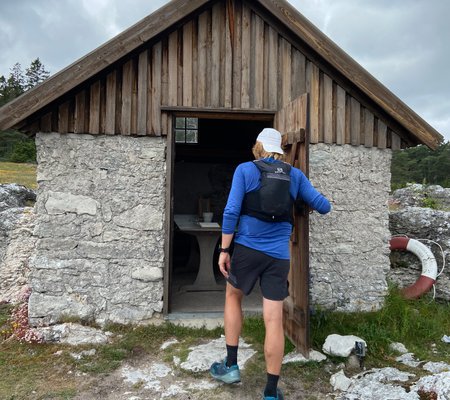 A beach hut you have to step into. Here are pictures & memories from a bygone era. Boden has been owned by the von Rosen family since the early 20th century.

Carin von Rosen was married to Herman Göring & there are many rumors that he was actually here ...

The stories tell, however, that Göring would have lived in a fishing hut by a rocky rauk beach in one of the most beautiful places on the island, where the table the cottage is still adorned with a flag with the swastika on it. There is speculation that this symbol, through his care, may have been passed on to Göring, who in turn told Hitler about it.

Now you are inside your last nature reserve area. One of Gotland's popular rauk areas. During the Cold War, rauks were blown away here to make room for ammunition.

Now you only have 2km left along the promenade at Ljugarn to finally finish as a winter-bitten & strong gute.